Throughout his adult life, Franco has changed the image of Harlem by painting the security gates of storefronts on 125th Street. His work in Harlem has brought him world renown; below is his story. 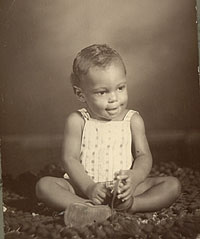 At 3 years of age, Franco fell from several stories high, landing on his head and leaving him in a coma for a month with a swollen head. Everyone seemed to give up hope for Franco, including the doctor who said that all that could be done was to pack his head with ice. His own grandmother ended up in the hospital upon seeing Franco's condition. Because of Franco's disability, hardly anyone paid much attention to him. Franco became an introvert, and was reluctant to attend school. His means of making friends at school was to utilize his artistic skills to draw a schoolmate and thus become his friend. He discovered that his first love was cartooning; he created many characters that became his virtual friends.

At 9 years of age, in order to add additional excitement and create more friends, he started to practice the art of magic. He went to the local Catholic priest to tell him of his desire to develop magic skills. After hours of trying to articulate his needs, the kind priest finally understood Franco and purchased him a book on magic, which Franco has prized to this day. This was Franco's first experience of having someone truly pay attention to him. 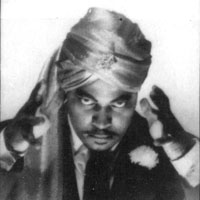 The name Franco the Great came about as a result of his talent in the field of magic. Franco became so proficient in his magic skills that his teachers and peers encouraged Franco to show and teach his magic. He gained his confidence in school day by day as he connected with other people and gained new friends.

Another influential person in his life was an artist named Danzig, who tutored Franco for four years, giving him speaking lessons; through Danzig's tuterage Franco gained the confidence needed in order to talk in front of large audiences. 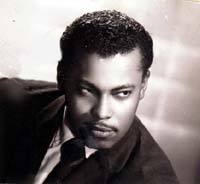 Danzig advised Franco to become entrepreneurial by selling his artwork in order to purchase tools and materials for his magic. At this time Franco was achieving top awards and prizes in art competitions. Franco started having dreams of being a professional artist in New York's Harlem.


JOURNEY TO NEW YORK
AND THE BEGINNINGS OF SUCCESS 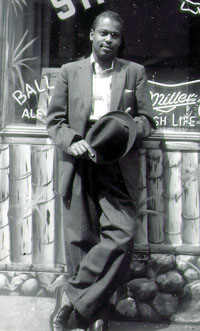 In 1958, Franco's grandmother sent for him to come to the United States from his native Panama to pursue his career as an artist. In order to establish his name and work, Franco started by donating his work to different establishments; He promoted himself by leaving his artwork as his calling card. A magic moment came when Franco left uptown Harlem society that was wary of his offer of free artwork; Franco went downtown to paint for a 14th Street Mexican bar. To Franco's amazement, he immediately became an established artist. The Spanish press gave Franco the connections necessary to do work throughout the Spanish community. 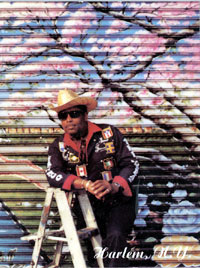 When Martin Luther King, Jr. was assassinated in 1968, there were riots in the streets; Harlem storeowner reaction was the introduction of dreary looking metal gates on the storefronts. In 1978, Franco took it upon himself to change a negative into a positive by creating a new art form on the steel gates. From then on to present, he has used Sundays, when stores are closed, to paint over 200 gates from the West to the East Side of 125th street." The murals that Franco creates portray his forward-looking philosophy; for example, his very first gate painting is based upon the theme "I must bloom where I am planted." His second gate's theme was "Think Positive".

On most Sundays, you can find Franco on 125th Street greeting tourists. His joy is making his community a more pleasant place through his artwork and the warmth that he displays for everyone. Through his exposure to the numerous tourists on 125th street, Franco has received many invitations to paint wall murals in other countries such as France, Germany, Switzerland, Japan, Caribbean Islands and several African countries. His works found throughout New York City and in other countries include murals in schools, nurseries, bars and nightclubs. 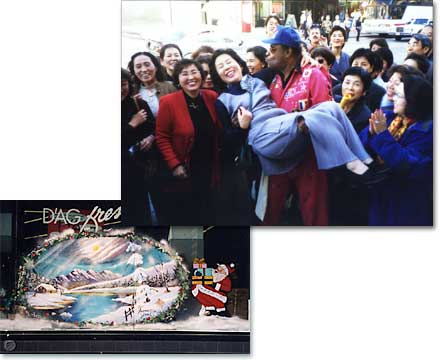 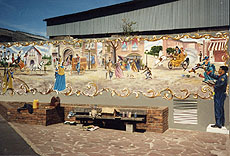 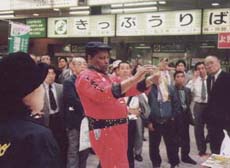 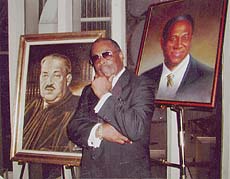 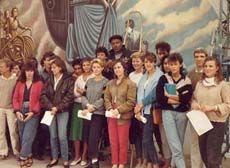 1984 - Went to Senegal, Africa, to teach at School of Beautiful Art for 3 months.

1983 - Racing Mural for the Off Tracking Betting office and businesses. Also McDonald's stores.

1971-1974 - Mural in Mexico City supper club. Created new art form with the ashes of deceased persons including his uncle, other persons and pets. Painting on velvets and canvas.

1960 - Large murals with changing effects into night and day, invisible to visible, like winter to summer. 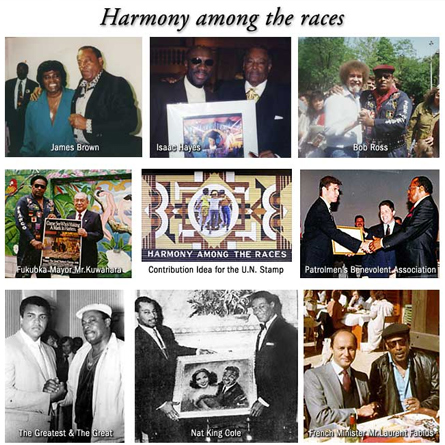